Establishment of a Faculty of Agriculture at the Makeni University (UniMak)

Concerning this project of primary importance for Sierra Leone, whose development depends so much on agriculture, the Foundation started, since beginning of 2010, a fruitful cooperation with Università Statale di Milano. We planned the beginning of the first four-year Degree Course in Agriculture in October 2012. For a start, In May 2011, an introductory pre-University Course focusing on Agronomy, Agricultural Machines and Agricultural Economics was held at UNIMAK.

Moreover the Foundation sponsored the PhD Degree of two local  graduates, one in Agronomical Sciences at the Milan University, and one in Agricultural Economics at Università Cattolica del Sacro Cuore. They will start teaching in 2015 and 2016 respectively.

On June 1st 2012, at the Chancellor’s Office of the Milan University, there was the official signature of the Agreement for the establishment of the UNIMAK Agricultural Faculty. The Agreement was signed by the Chancellor and by the Delegate for International Cooperation of the Milan University Prof. Enrico Decleva and Prof. Claudia Sorlini respectively, by the Chancellor of the Makeni University Mons. Bishop George Biguzzi, and by the President of the Saint Lawrence Foundation Dott. Chiara Zanchi. The Faculty has been located in a new Building  financed on purpose, with the whole furniture, by the Saint Lawrence Foundation.

The lessons of the first and second four-year Degree Course in Agricultural and Food Technology Sciences held by Italian lecturers of the Milan University took place according to plans, with the first Degree cycle due to terminate in June 2016. At the same time local candidate-lecturers were prepared to replace gradually the Italian ones.

Owing to the outbreak of Ebola, the University of Makeni was forced to suspend classes till further instructions from the government. However administrative and academic staff are engaged in the fight against Ebola as part of their University mandate: responding to the needs of the society.
Their engagement includes active participation in the Diocesan and District task forces for social mobilization, logistic and technical support, media education addressed to primary, junior and secondary schools, covering also the cultural issues of Ebola, spiritual and psychological support.
Part of the response is also fund-raising for the University and the Makeni Diocese towards the Ebola crisis.

Because of the Ebola epidemic, the University of Makeni was not allowed to open in October 2014 the new Academic Year 2014-2015 (the third for the Faculty of Agriculture). However, the year 2014 closed with a positive event. Dr. Joseph Tholley, the Sierraleonean  graduate in Agriculture who was completing his three-year PhD Course at UNIMI (University of Milan) and found  himself in October in Makeni for the Doctorate experimental thesis, managed, with the help of the Foundation, to  come back to Milan, obtained the PhD in Agricultural Sciences, and returned immediately to Makeni. His thesis was regarded as an interesting contribution to the agricultural development of his country. The UNIMAK’s Academic Senate, with UNIMI’s approval,  appointed him as Head of the Agricultural Faculty.

In February 2015, the Government gave the green light for the re-opening of the schools and UNIMAK was requested to make up for the 2014-2015 Academic Year with shortened courses which were planned to start in April and last till October 2015. Owing to the fact that the country is not yet 100% ebola –free (see section “Ebola”), lessons are being held by local lecturers. In the next Acadenic  Year (the fourth for the  Faculty of Agriculture), planned to start in January 2016, it is foreseen to make use of remote teaching, with the courses held by Italian Professors of UNIMI, at Saint Lawrence Foundation’s expenses, whereas UNIMAK will engage the local lecturers to cooperate with them on the spot. There are also plans to include one or two subjects of Veterinary Science with the Degree Course in Agriculture, and to create a University farm where students can experiment with new farming techniques, growing crops for the University’s use and for outside sales.

The most important Foundation’s future line of action concerns the establishment and development of sustainable Social Enterprises. One of Sierra Leone’s most pressing needs is to encourage entrepreneurs who desire to do more than just make profits. These entrepreneurs will identify and solve the social problems of their communities and drive a positive sustainable change. UNIMAK and its Faculty of Agriculture intend to achieve this vision of new “Social Entrepreneurs”. As a result, Agricultural students will be able to support their local communities. Eligible fourth- year students will make their Degree thesis on the field by forming small groups and travelling to a number of villages. Here they will gather agricultural information and explain to farmers  which techniques to adopt in order to improve the quality and yields of their crops. These group efforts in local farming communities will increase the students’ interest in Agricultural Business, an important step in becoming “Social Entrepreneurs”.

The Saint Lawrence Foundation will promote and facilitate the creation of Social Enterprises by providing: 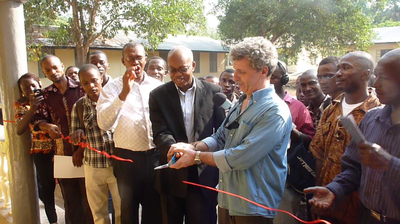 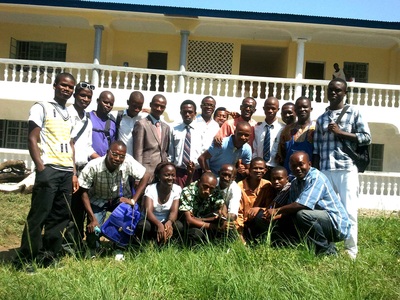 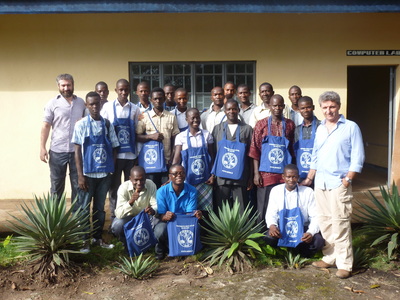